A special is a unique activity, not included in our regular camp program, that is offered to campers as an option. On most occasions, campers 2nd grade and up are eligible for these programs. However, some programs (such as Skin and Scuba) may have limiting factors based on age/ability.

And, BEST OF ALL, these programs are offered at NO ADDITIONAL CHARGE!

Choose an activity to explore 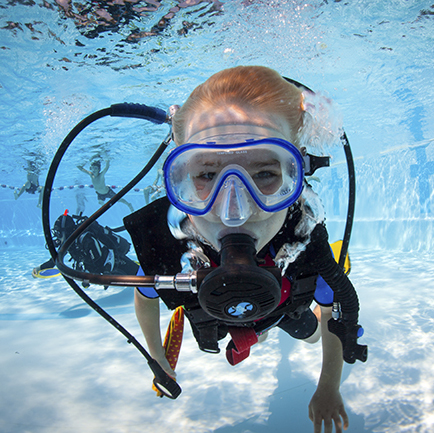 Can you dive to the bottom of the pool and pick up 50 pennies? Well, guess what! In just a few days, you will be SCUBA DIVING to the deepest sections of our pool, collecting pennies and more without having to surface for air. Led by Mike Guckin, dive instructor and owner of Under Water World in Horsham, this SPECIAL program has always been one of our most popular electives. Mike takes the campers through the “basics” of mask and snorkel, gradually progressing to full SCUBA gear. This SPECIAL offers an introduction to the sport for campers entering 3rd grade and up. www.diveunderwaterworld.com

Campers 12 years old and over are eligible for Jr. Scuba Certification by enrolling in a 30-hour course offered June 20th through June 24th or August 22nd through August 26th. Equipment and instruction is provided by Under Water World. There is a fee payable to Under Water World for this program. 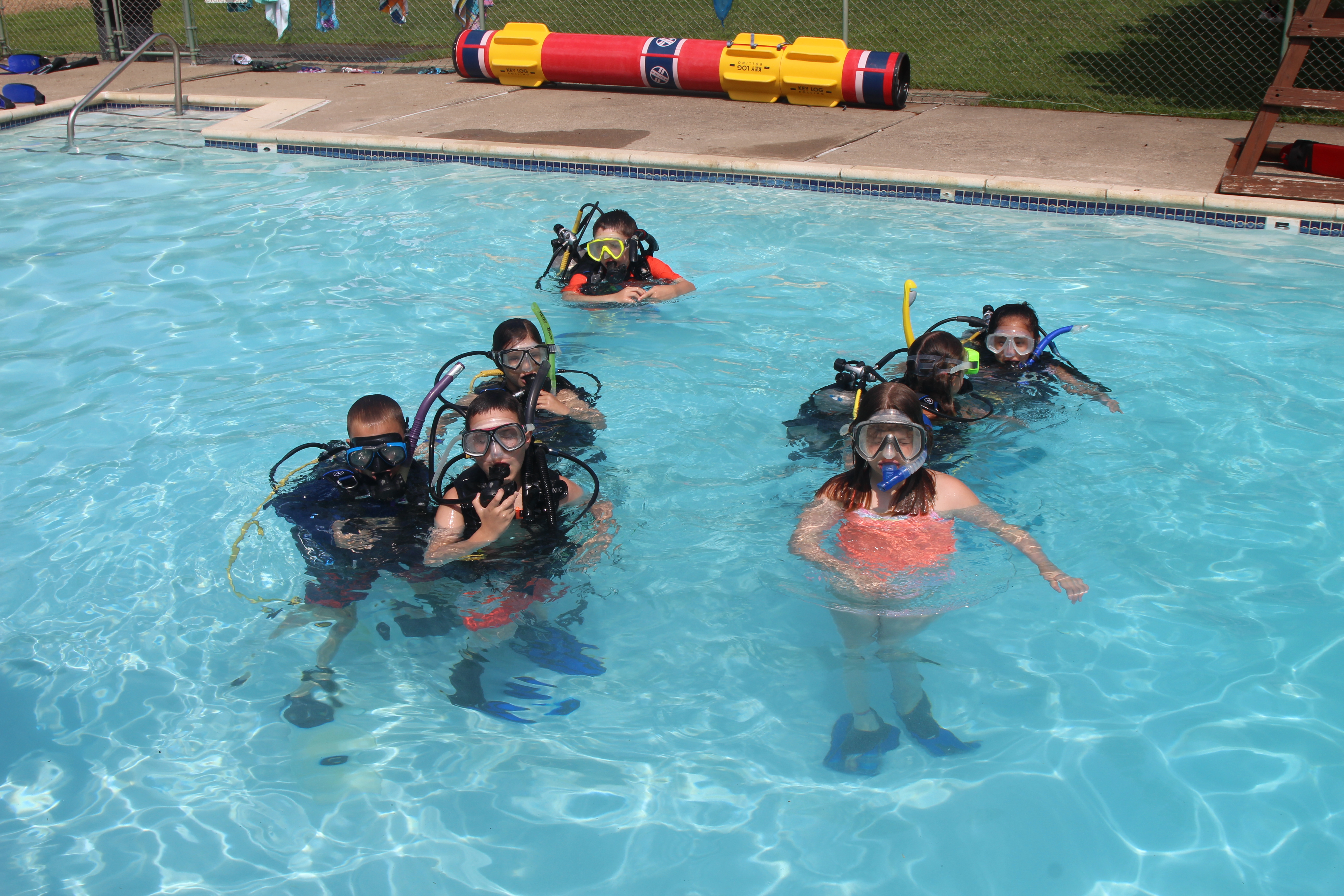 This introduction to Ice Hockey Skating will be primarily instructional in nature. Lessons cover basic hockey skating, positioning and rules. Helmets are required. The group will be divided to accommodate varying ability levels. Campers must be entering 2nd grade (or above).

Learn to glide, turn, spin and even stop! Figure skating instructors will lead our campers through the basics of figure skating. No triple toe loops here, but it’s guaranteed to be a fun and challenging experience for all who elect this program. Campers must be entering 2nd grade (or above). Helmets (bike helmets OK) are required to join this activity.

* All Skating programs will be held at Bucks County Ice Sports with transportation provided by Elbow Lane. The Hockey Skating and Figure Skating instructors are experienced teachers. There is no charge for skate rental. 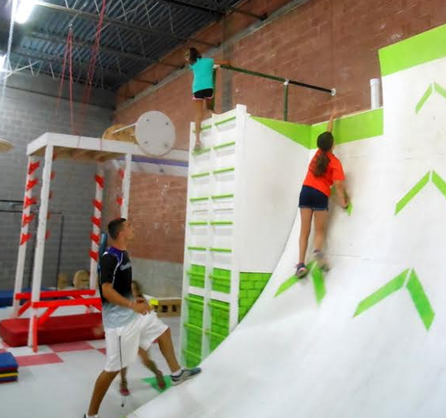 You may know this term from the very popular TV Show by the same name. Two former Elbow Lane campers, and staff, brothers Dan and Sean Galizinski, have been competitors on the TV show for several years. Dan, owner of the Gravity Forge Gymnastics and Ninja Warrior Training Center in Hatboro, has excelled in Ninja Warrior and has made it to the finals in Las Vegas for the past two years, finishing in the top ten each year. Whether you use it to increase your strength and keep in shape, or to train for competition, Dan’s gym is the place for a Ninja Warrior workout! His younger brother, Sean is currently a camp staff member and has also competed on Ninja Warrior. 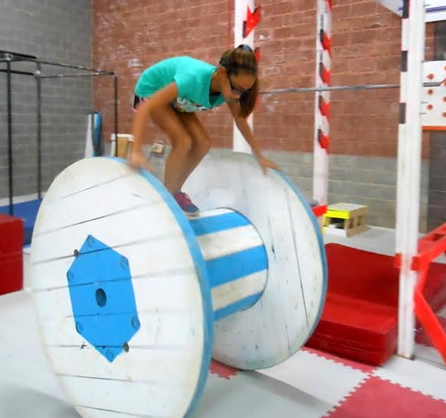 Last summer we offered two, one day Ninja Warrior clinics-– it was so popular, not all interested campers were able to participate. This year we have made arrangements to accommodate more campers buy running it as a week-long “Special”. Dan will be bringing some of his portable training equipment to Elbow Lane, plus we working on a few hours of training at his gym. Dan and Sean will create a program that emphasizes speed, strength, agility, and endurance, all while having great fun! 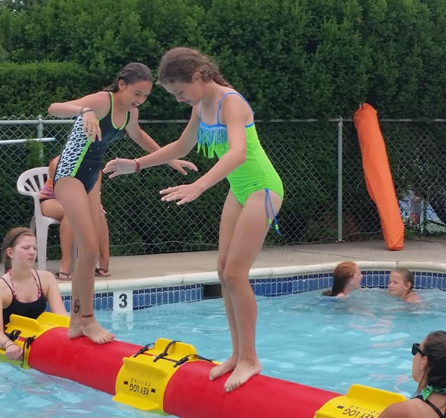 We bring a bit of back country Canada to Elbow Lane with this program. Test your balance and skill in this elective featuring our Key Log Rolling trainer. We fill and float the 65 pound, synthetic Key Log in the pool, then you jump on! The Key Log floats, spins, and reacts just like a traditional cedar wood log – it’s not easy, but it is great fun challenging yourself and other campers to see who can stay on the longest!

Find us on the Map!

Come for a Visit!

We want you to visit us and see how our camp operates! Most parents who see the camp enroll with us that day! Once here, there’s no doubt you’ll see why. To arrange a visit, please contact Adrian Hazell.